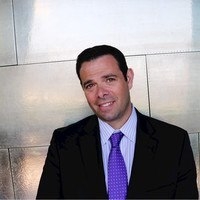 Darren Perkell currently serves as Vice President of Fidelity National Title, the largest real estate title insurance provider in the nation. Darren has been with Fidelity for 17 years, and his title insurance focus is primarily commercial, mixed use, and multifamily properties nationwide. Prior to working with Fidelity Darren was a New York based motion picture cameraman shooting commercials, television, and film. Darren’s love of film began at the age of 9 shooting still photography in the beautiful desert of Arizona where he grew up. He went on to attend Emerson College where he earned a Bachelor of Arts in Film. Despite Darren’s busy schedule he still shoots today, focusing on the majestic arctic (or “Eden”, as Darren refers to it). He is an avid member of The International Explorers Club. A firm believer in supporting the arts, Darren has been a longtime supporter of Chashama and is honored to be considered for its Board of Directors.