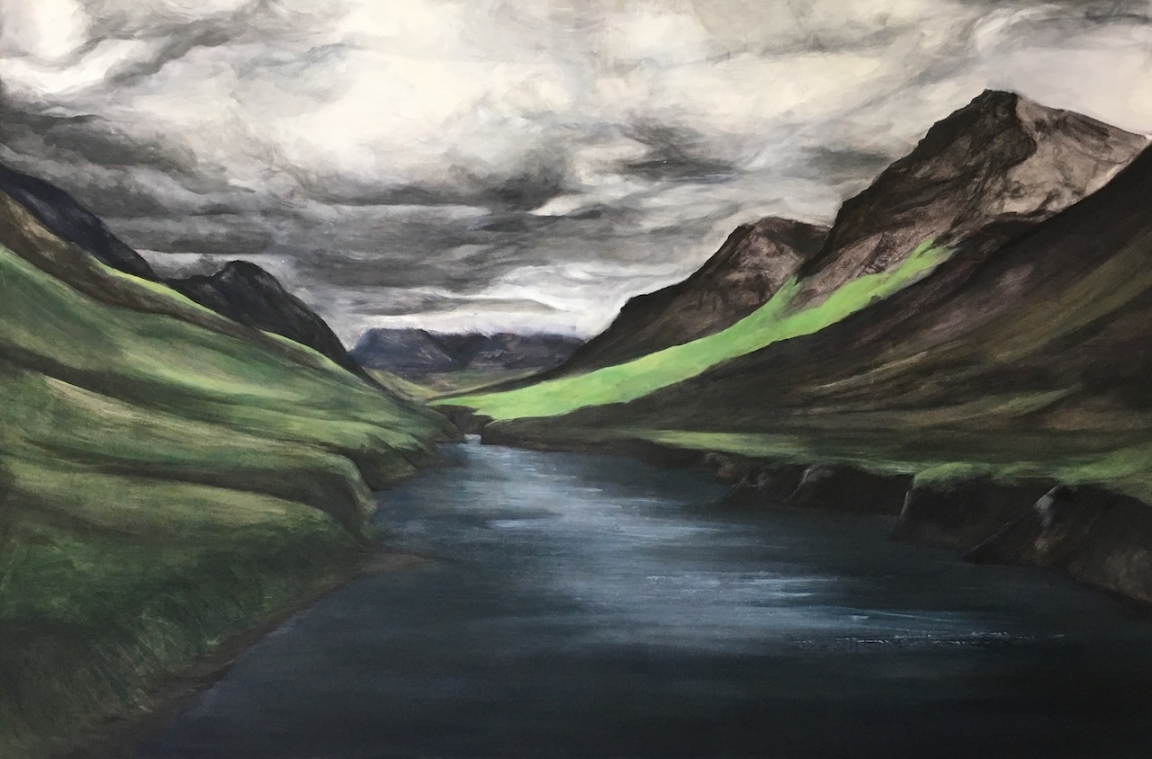 Syd Glasser graduated with a BA in printmaking and an MA in Student Affairs from SUNY Binghamton and from there developed a practice as a professional artist. Shortly after leaving Binghamton, Syd moved to Brooklyn and began a studio residency with Chashama at the Brooklyn Army Terminal. Often combining the beauty she finds in urban and architectural decay with images of figures, horses, and landscape, her process pushes the boundary between abstract and representation and also tests our expectations of the appearance of her subjects.
Syd paints what she knows and the things that are close to her. An avid horsewoman, work from Syd’s horse series has been well received and shown in several states including sell-out shows in Wellington, Florida and New York, New York.
Horseback riding treks brought her to Scotland and Iceland. Seeing the rugged wilderness of the Icelandic landscape gave her work new focus; she returned to Brooklyn and immediately began painting the dramatic pushes and pulls of the earth’s surface. She had explored wilderness before, but nothing was quite as humbling as the grandeur in Iceland. Her work took a new direction, as she began trying to capture the feelings of majesty, terror, and peace that she experienced in Iceland.
Syd has shown her work in galleries throughout Brooklyn and Manhattan and has received several awards from SUNY Binghamton for her work in monotype and mixed media. She was recently represented by the Equis Gallery in Red Hook, New York, and her work is in numerous private collections as well as in the Godwin Ternbach museum in Queens, New York. In 2019 she was one of fourteen artists highlighted by the Heckscher Museum of Art in their Emerging Artist program, and a guest artist at Second State Press in Philadelphia as part of their monthly critique. 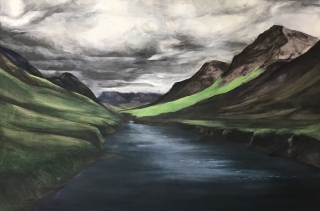