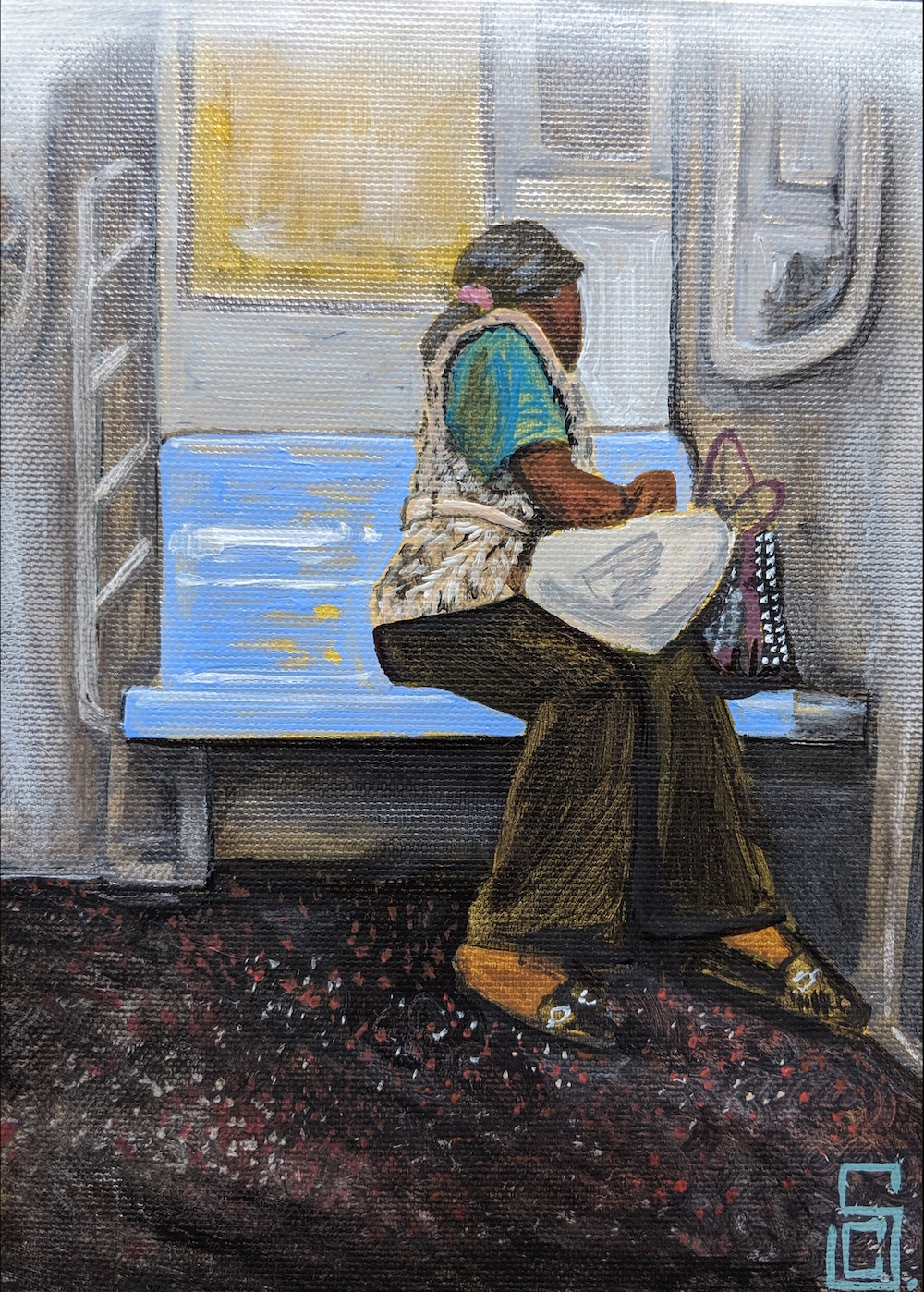 My current work takes place in New York City, which is where I have been living and working for 26 years. There is a series of 12 pieces (5”x7”) called “The city that never sleeps” featuring people dozing off in the subway system then I painted a triptych called “Alone, together” which was finished in 2019, which emphasizes the paradox a very big city like New York offers. This tri-panels artwork has a peculiar format: 22”x 72” for each panel which is chosen purposefully as it is the size of a human silhouette. The triptych is accompanied by three texts by three authors in response to my paintings as well as their audio versions. Laurent Herrou, a published French author who wrote “Thebes”. Chris McNally, an American poet who wrote “Poles apart”. Kelly Clayton an American author wrote “Our mother, who art in silence”. The three authors are published writers. The triptych has been published along with the poem by Chris McNally by Ariel’s Dream Literary Journal in May 2020. I am now producing single paintings of the same format: 22” x 72” which represent my visual interpretation of the city and its inhabitants as well but this time with the interactions of people in love. There was already a social distancing issue when living in such a big city before the pandemic happened. New York can be a city where one could feel so alone for long periods of time. In the context of the pandemic, I realized that this triptych is current as it addresses the aloneness. Furthermore, I was quite surprised when the city chose “Alone, together” as its mantra during the lockdown! The pandemic poses the question of further isolation, further difficulty to be together. 2020 will also historically go down thankfully as the time when an awakening happened regarding America’s deep white racial issues. Therefore, after the contamination is over, are we going to live even more in the phobia of the “Other” or are we going to be able to co-exist in this beautiful city and beautiful world? Once again, the answer is Love. It usually is the answer. The couples moving thru the darkness of tunnels into the light of the magnificent city and backdown, thru the subway system, thru the city and making us stronger if we were to feel “Alone, together”. And I guess that is my answer to the question posed before regarding the pandemic. We need more contact, more love, more couples in the subway, in the streets, embracing this new era.

Love is the eternal salvation and resistance, It is the only way to not live in sheer terror of tomorrows.

Stephanie Corne is a New York based-French painter and multimedia artist. In 2016 alone, her hybrid and experimental art traveled across the world to be featured in exhibits in France, India, and cities throughout the United States, a testament to the global interest in her art. Corne’s “Vitiligo” project transformed the traditional canvas workspace into a multidimensional stage, as she painted her subjects in real-time, similar to “Facemotions” and “Embodiment”. The series garnered significant attention from CNN.com and Mic.com for its evocative content, function as a healing tool and social commentary, and innovative presentation format. Currently, Corne is developing a series on NYC and its inhabitants with acrylic on canvas to render her experiences of the city she has lived in for 26 years. Her format for this series is 72’’ x 22’’, giving a human size to the monumental element of NYC. Stephanie Corne’s art is rooted in both the ‘personal’ and the ‘political’, often existing in the liminal space between intimate and provocative. She also just finished a series called “On Nature” and which theme is the power for Nature to renew itself as well as our responsibility to protect it. The large canvases are currently on display in her studio. 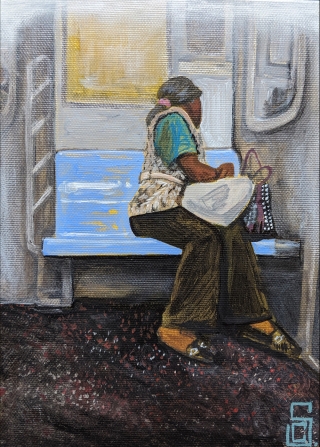