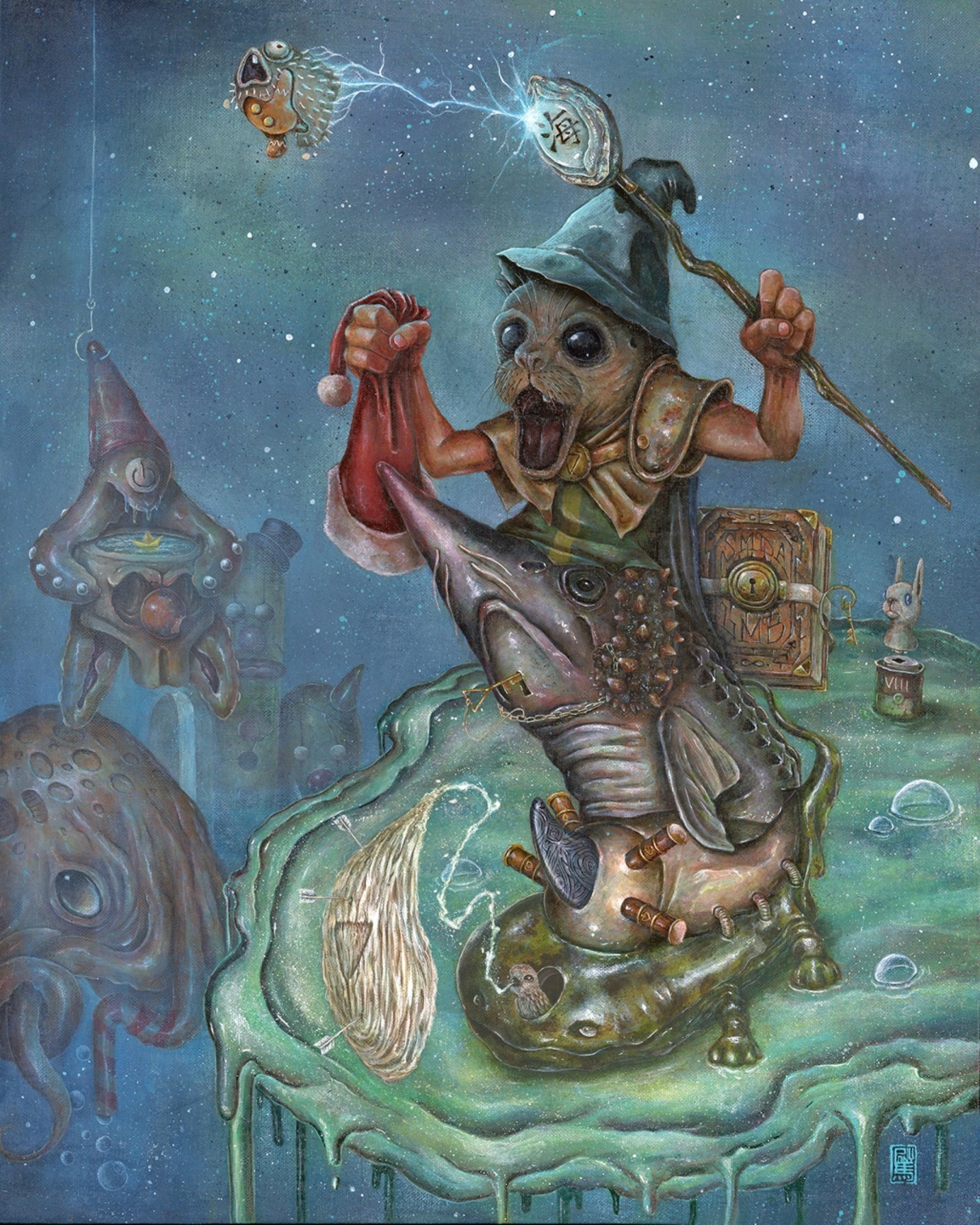 After plenty of trial and error at FIT, Pony, who had previously only painted with watercolor, developed an exceptional skill for acrylics, in part due to the tutelage of Los Angeles-based artists Greg “Craola” Simkins and Bob Dob. Those two particular mentors, in addition to renowned artists including Ron English and Todd Schorr, also ignited Pony’s interest in pop surrealism. Today, Pony embraces this style due to the way in which it invites and enables the masses to connect self-discovery with otherworldliness.

Yu-Chun “Pony” Ma was born in 1983 in Taipei City, Taiwan. He began drawing at age five, and being heavily inspired by Japanese manga, was creating his own comic books by the second grade. At age 15, however, it was time for Pony to put his love of art on hold and study a more “reasonable” topic. In 2005 he received his degree in Electronic Engineering, and was considered well prepared for a move to New York City.

Quiet and introspective, Pony enrolled in an English language class to help ease his adjustment to the Big Apple. What the course mostly honed, however, were his art skills, as he ended up spending much of those eight hours a week “doodling” in his notebook. One evening at band practice (Pony is also a music lover who currently plays bass with the Brooklyn based metal band “Switchblade”), Pony showed his sketches to the band’s guitarist, who wondered at why Pony had not pursued art as a profession. Admittedly in no hurry to realize his career in electrical engineering, Pony was soon studying Illustration at the Fashion Institute of Technology in New York. 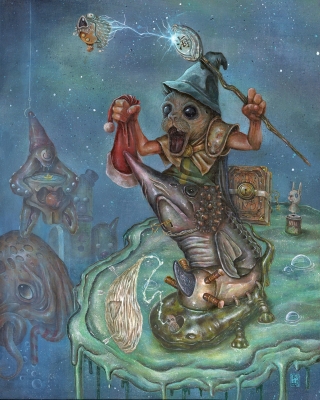