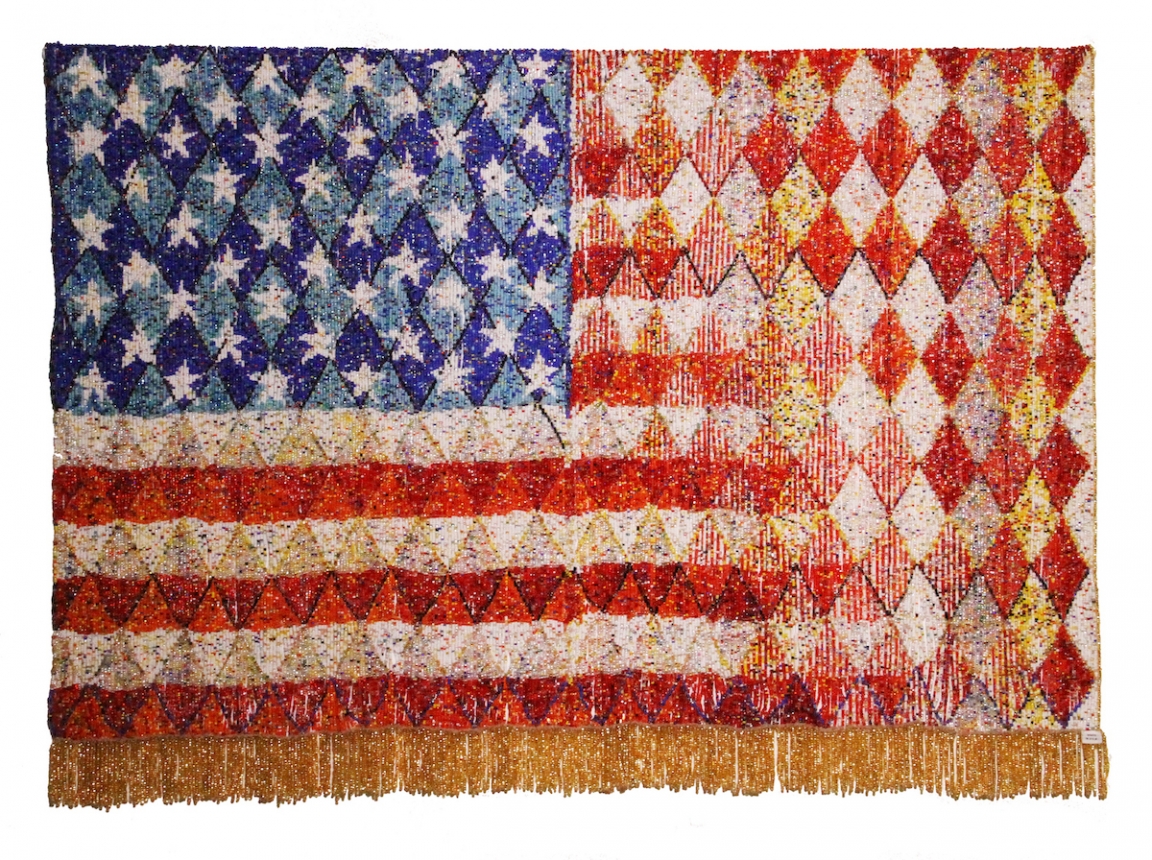 I am living a life of creativity, art, and entertainment while expressing coherence between cultures and seeking profound spiritual understanding to intend the best for all.

Since 2003 Muriel has continually created additions to her culturally celebrative art series of USA flags. The diverse people who coexist in this great country inspire the project, which is entitled E PLURIBUS. She has recently launched a clothing line available at ShopEpluribus.com created in partnership with friends David and Malena Belafonte of PinkPirate Agency. In addition, Muriel’s artistic focus on the project has shifted to portraits of people close to her; celebrating their cultural heritage. Currently, 16 E Pluribus flags are installed permanently in the lobby of 315 Hudson Street, New York City. It is open to the public. In 2019, Muriel created a site-specific installation for BRIC Media Arts in Brooklyn and showed 6 flags in the series. In March 2019 more were seen in Danbury, CT at the Cultural Alliance of Western Connecticut. The flags were exhibited in the summer of 2018 at The Monroe C. Gutman Library Gallery of the Harvard Graduate School of Education in Boston. In 2017 courtesy of Chashama.org, Muriel exhibited her flags at 485 Madison Avenue from Flag Day to Independence Day. In 2011, E Pluribus exhibited in Fairfield, CT at ARC Fine Art. Her flags have been seen at Martha Stewart’s American Made Summit in 2015. In 2011, her flags were displayed at Charlotte’s Place, a Trinity Church Community Center where she was commissioned to oversee the construction of a community art flag to honor the tenth anniversary of 9/11. Before that, E Pluribus enjoyed a solo exhibit at the Charles B. Wang Center at SUNY Stony Brook NY. Since 2004, the flags have been seen in over 20 venues including La Guardia College, Queens Libraries, and galleries in New Hampshire, Massachusetts, New York, and Connecticut. The New Britain Museum of American Art now owns the original E Pluribus African flag as part of its permanent collection. Muriel was born and raised in England. She moved to Long Island, NY in 1967. She was impressed by how eager her new friends were to share their own diverse immigrant histories. She began early in entertainment as a stage manager for theater. In the 1970’s she received a federal grant to form a theater company in rural Vermont. Over the last 40 years, while maintaining a successful career in costume design, she has directed several shows in NYC and in New England, performed onstage, crewed backstage, managed costume shops, designed and painted scenery, and taught aspiring designers at NYU Tisch School of the Arts Graduate Program. She is a Reiki healer, media consultant, and artist. She is also a writer – currently writing her second book, her first book ‘Gabriel Born’ is a science fiction novel. 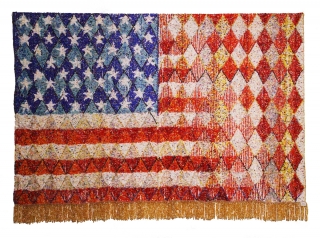