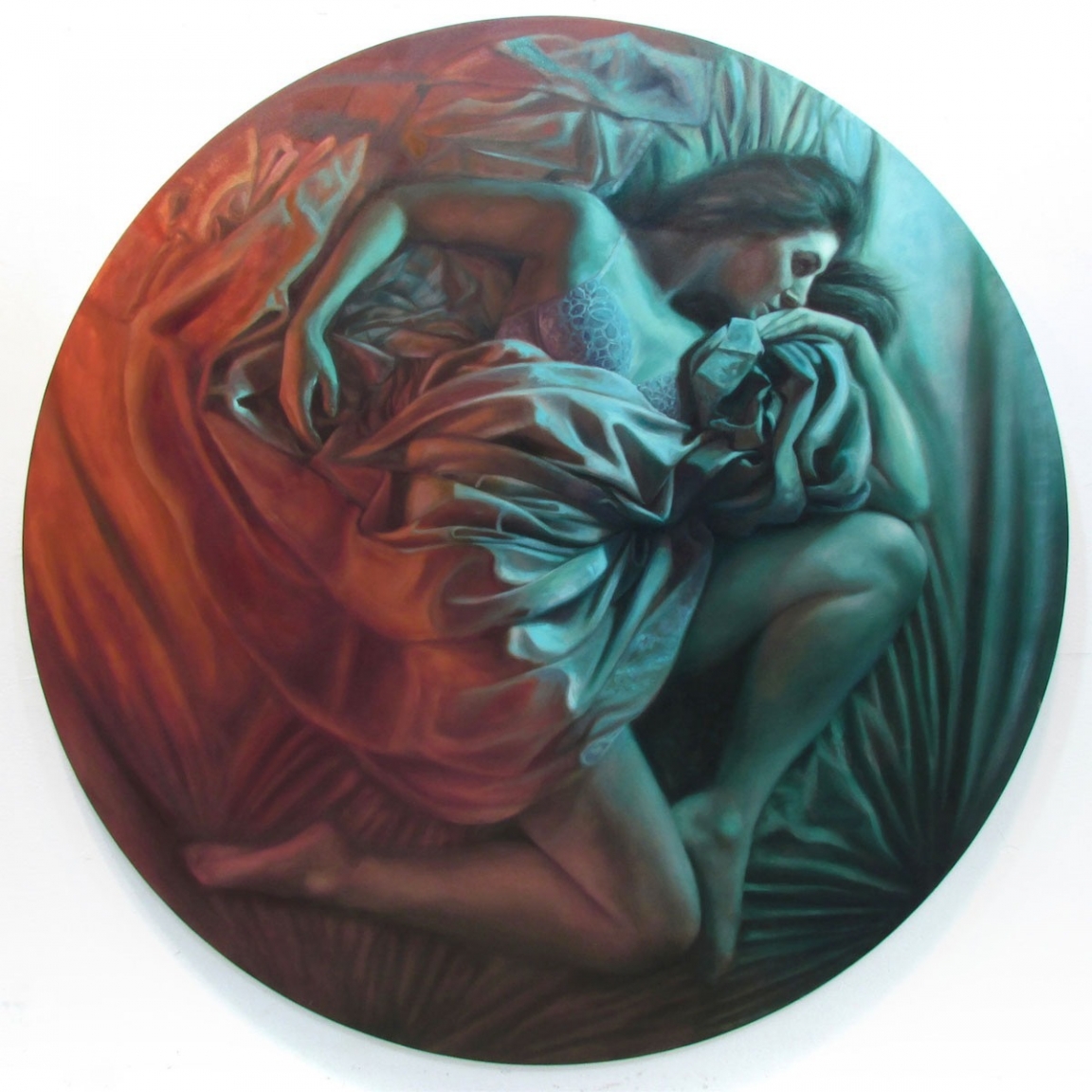 I turn to the human figure and the elusive, dynamic properties of water to explore ideas around identity, self-perception, vulnerability, and healing. More specifically, negotiating the process of how we separate from and integrate with others is the overarching theme of my work. My paintings of individuals, groups, and seemingly uninhabited landscapes tell of journeys where discovery and connection are yearned for and valued – though sometimes difficult – and where the personal is linked to the interpersonal. I am interested in the intersection of psychology, epigenetics, and landscape painting, drawing upon my own experiences cocooned in grottos or immersed in moving waters, my subjective interpretations of others’ stories, and my years of research into mental health.

Born and raised in the suburbs of Toronto, Canada, I received my Bachelor of Fine Art Honours from Queen’s University in 2013 where I studied Painting, Printmaking and Art History. Between 2013 and 2014, I embarked on a significant period of travel where I took on Artist-in-Residence positions in Manchester (UK), Assisi (Italy), and St. Andrews By-The-Sea (Canada). These opportunities led to many fruitful collaborations, including an exhibition in Assisi, and helped me explore different ways of coexisting with nature.

In 2015, I moved to Whistler, British Columbia, and found my creativity sparked by the mountainous town and its lesser known yet wildly artistic community. There, I stumbled into a diverse range of projects: as curator, live painter, participant in the first pop-up art studios, gallerist, teacher, and as an actress in an original play which debuted at the Flagstop Festival in 2016. In my last stunt in Whistler, I teamed up with filmmaker Angie Nolan and entertainer Ira Pettle to co-direct ARTdrenaline 2017 – a night of art and theater – as part of the annual Whistler Ski & Snowboard Festival. I began a series of researched portraits centered on self actualization and our blocks, and the first few paintings in this series, the Sehnsucht Project, were featured as part of this event.

In 2017, I left and moved to New York in order to pursue my Masters in Painting at the New York Academy of Art, and fell in love with the city. After graduating in 2019, I found a studio space with Chashama where I continue my practice and create small to large-scale oil paintings as well as a variety of monotypes on paper. Simultaneously, I am looking to pick up my portrait project again, so feel free to get in touch. My work can be seen in group shows in the New York City area, most recently at Dacia Gallery, and my painting “The Klaxon” was recently acquired by the collection of 21C Museum Hotels. 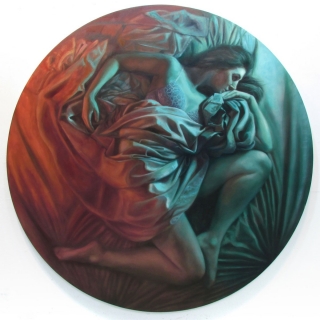