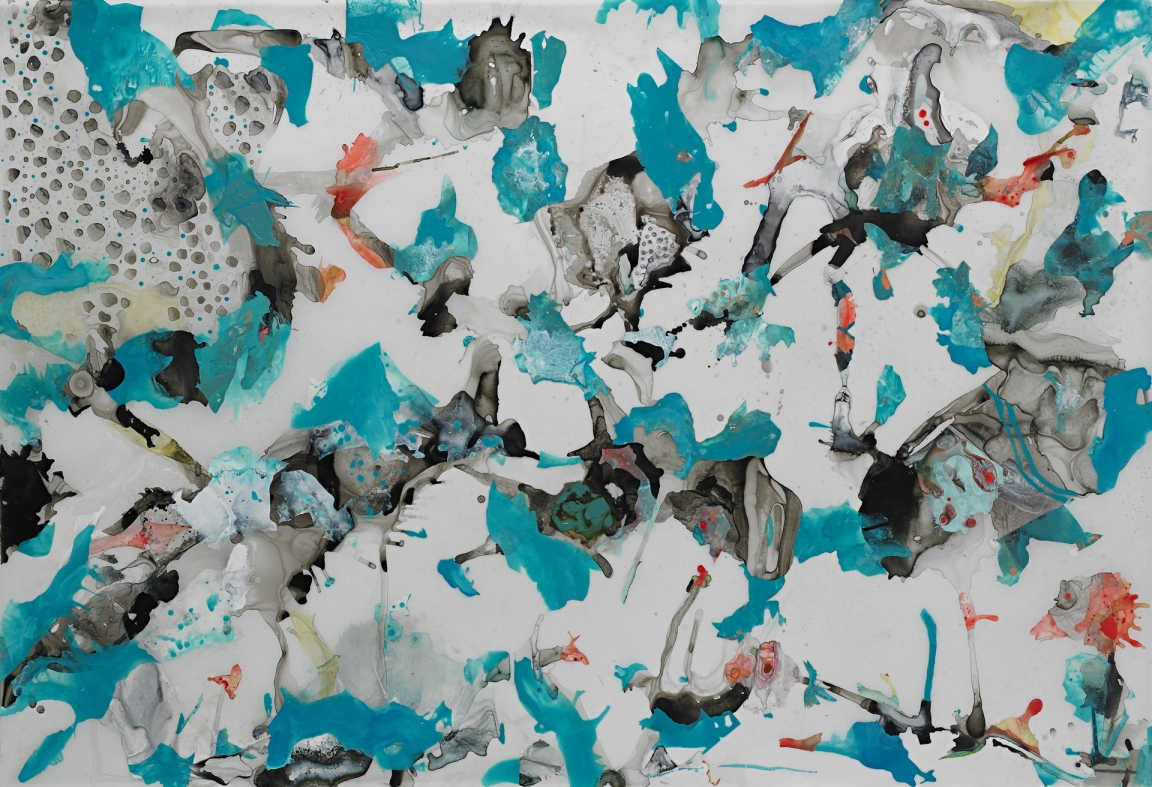 Looking to the natural world for inspiration: encounters, altered elements, fluids, solidified capsules, and evaporations. Random pours on polyester acetate. Fragments cut out and peeled off to make hybrids suggestive of constructed matter circulating in the body, nature, and the whole universe. The floating clusters speak of an evolution that affects material, color and detail. All remains indefinable, weaving and shifting between whole and part, questioning and challenging our perception of space and representation.

Linda Lee Nicholas is a multidisciplinary artist who lives and works in New York. Her practice engages non-traditional processes in mixed media that speaks about nature, and the environment. Linda has a BFA from the School of Visual Arts, NYC and an MFA from Brooklyn College. Her work has been exhibited thought the US and Europe, including The Monmouth Museum, Lindcroft, New Jersey, The Stambaugh Gallery, Ohio Northern University, Ada, Ohio, The Everhart Museum, Scranton , PA and the Roberson Museum, Binghamton, NY and The Schneider Museum of Art in coordination with a catalog, Art Inspired by Science: Imaging the Natural World, which has been published by the American Association for the Advancement of Science. Nicholas’ latest awards and honors include an Artist in Residence at the Golden Foundation in New Berlin, New York, A Cerf-Ravenel Travel Grant, a Residency Fellowship at the Museum Techniki in Mileniec, Poland, and Virginia Creative Center for the Arts, Amherst, Virginia. Her work is in the permanent collections of the Golden Foundation, Monmouth Museum (NJ), the City of Rahway (NJ), the Everhart Museum in Pennsylvania and Brooklyn College. 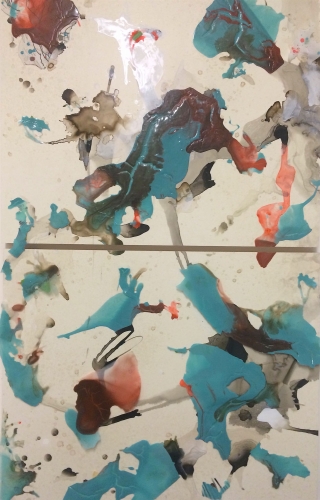