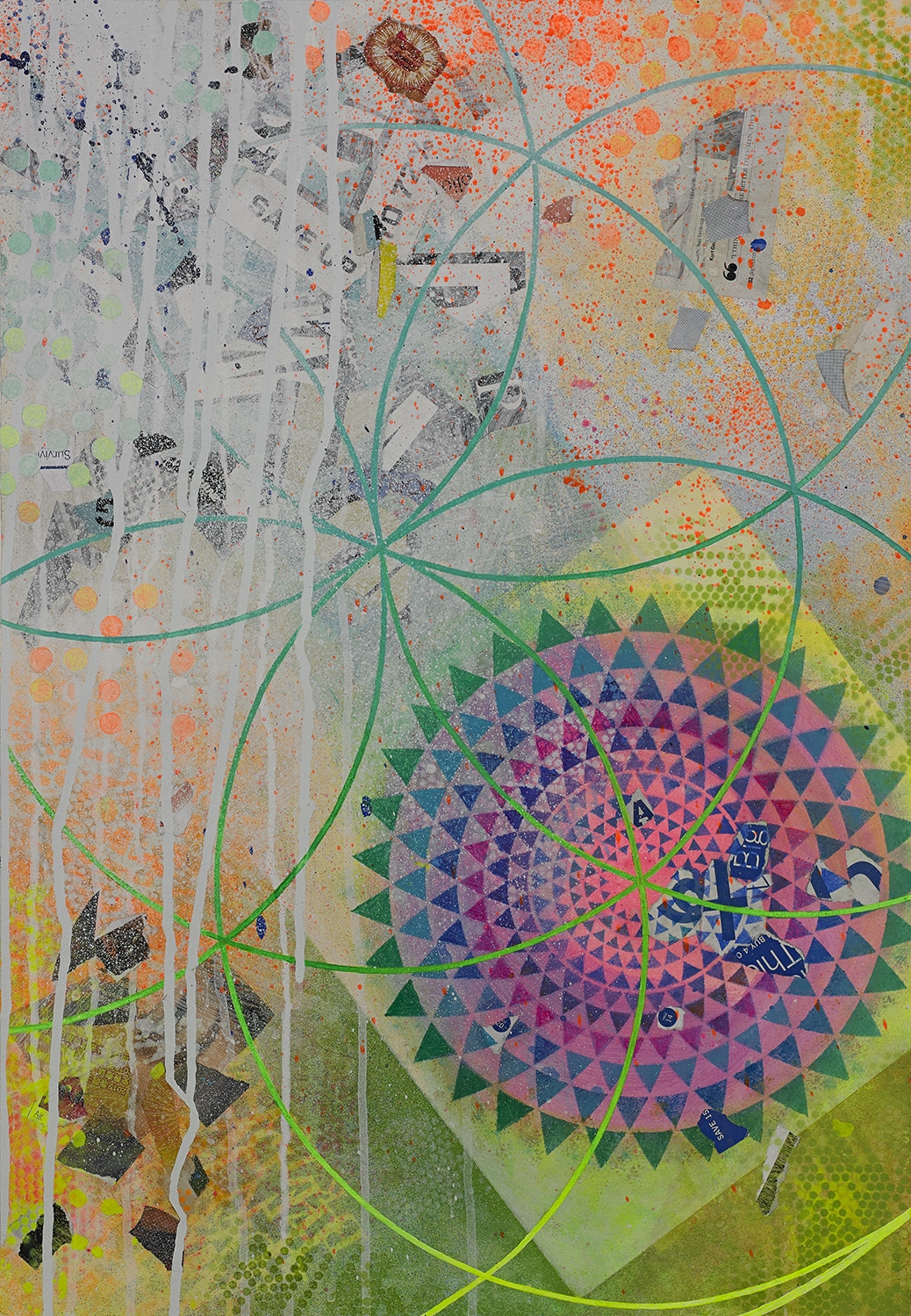 “My work is an exploration of human consciousness where I learn to see an inner reality within a very large cosmic reality. What is the structure of this inner/outer space and time? I am becoming much more aware of the cosmos, our planet, and our connection to and reflection in both. I look back to the most ancient human geometrical symbols and find that quantum physics is now rediscovering this very geometry as the 2-D representation of how space/time is constructed. I like to contrast the chaos and balance in our lives. The chaos is represented by expressionistic marks, drips, color/light, random patterns, and found-objects. The symmetry and order of sacred symbols found in Earth’s most ancient civilizations represent perfection, unity, wholeness and infinity. In this process I’m finding that my work is becoming who I am.”

Born in Morristown, NJ Reed has a BFA from Massachusetts College of Art in Boston and an MFA from Pratt Institute in Brooklyn. In the 1980s she participated  in the community mural movement in NY, painting several large public murals, billboards, bus posters, street stencils, and posters in NYC and elsewhere. She has worked as a photojournalist, a graphic designer  and a designer of projected images for theater. Her work has been shown by museums all over the country including The Queens Art Museum and internationally in various venues including The Reina Sofia Museum in Madrid. Currently she lives in Brooklyn where she has a studio with chashama.org at the Brooklyn  Army Terminal.

In addition to her artistic career, Reed practices and teaches hands-on energy healing work, frequently traveling to Central and South America with the humanitarian group, Healer2Healer.org. The group exchanges knowledge with indigenous Maya and Amazonian populations, training them in running acupuncture and Reiki clinics. Her work as a healer has greatly effected her work as a painter. 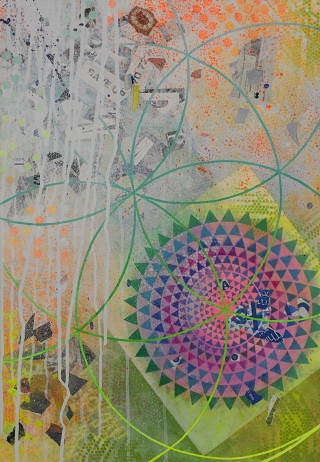