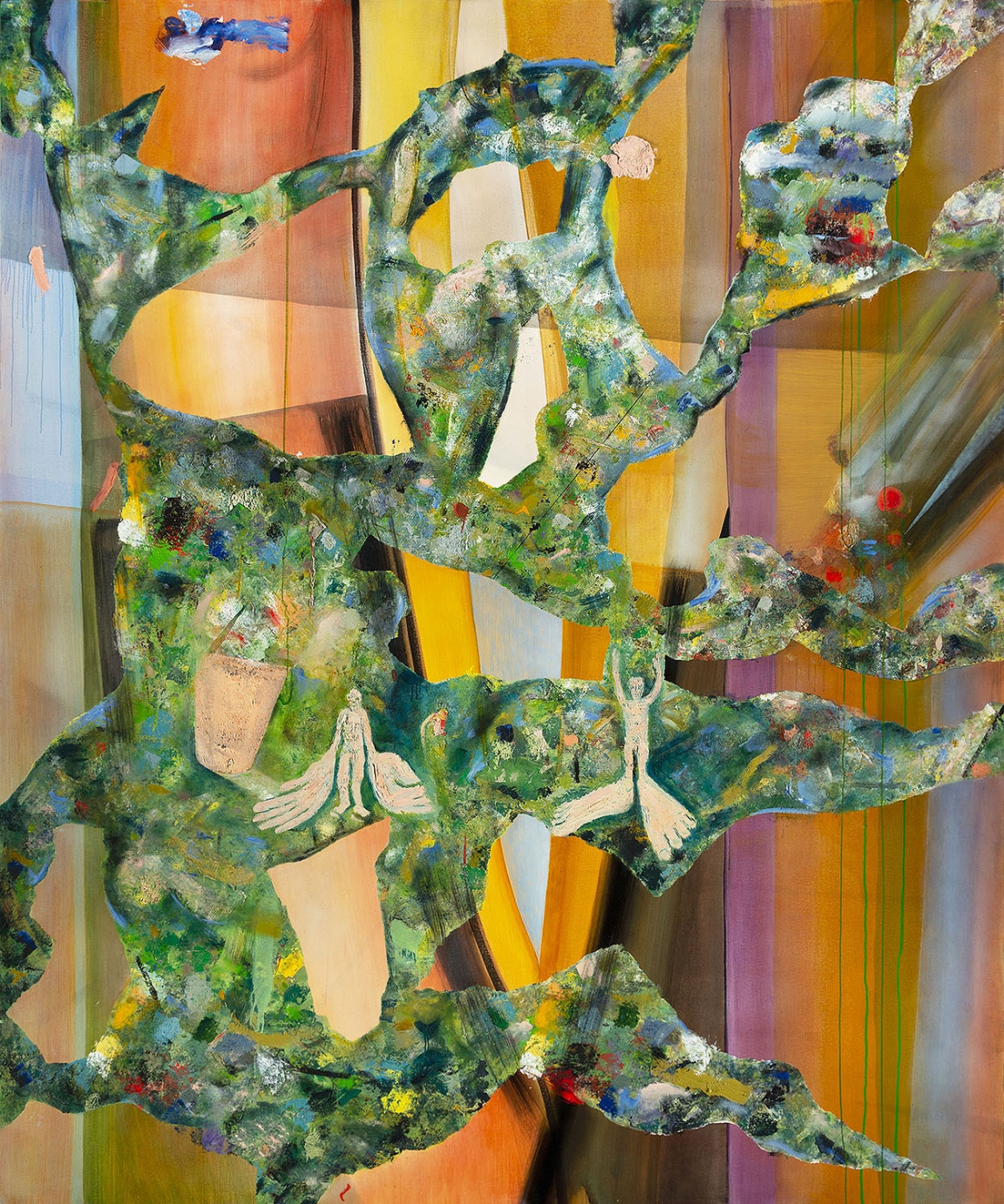 The most important purpose of painting is to provide a pathway to the viewer’s inner life. Ideally, the works are unique and invite the viewer to a long look, for delving into one’s imagination, memory, feelings and especially the subconscious, requires some time.

I always have many paintings in progress—large and small. Many works going consecutively allows for a succession of incremental changes. Large or small, the works may continue for years. Long ago I expressed the desire to use Old Master techniques in abstract, expressionistic painting. Through the years, I have built a wide visual vocabulary through experimentation, and combine traditional techniques with many unusual methods of putting paint onto the support (canvas, panel, postcard, etc); this process results in both sculptural, textured surfaces and many layers of transparent paint applications that transform photons (light). Light doesn’t just bounce off my paintings, it enters them and exits physically changed. This magic is a very old technology.

Until the painting is resolved, what I see in the work is the springboard for reaction: as Georges Braque says: “the painting is finished when it has effaced the idea.” The works in progress are seen over time by my own shifting selves as I am shaped and influenced by others’ work, including literature, music, and film; and the changing light and seasons and the inflection of experience. I spend a lot of time on the ocean, often at twilight, and this is something that very slowly finds its way into the works. The hours work in aggregate, and the information flowing out of the painting is stored by the viewer’s subconscious to be consciously apprehended over time.

Perhaps akin to the varied production of a novelist or filmmaker, my artistic production is varied and reflects different facets of my life and personality

Dean Radinovsky was born in Lancaster, PA in 1971, and currently resides in Woodside, Queens. In 1990, Radinovsky began a course of study in painting with Robert Andriulli, John Markowicz, and Jeri Robinson at Millersville University in Pennsylvania. During this time he also studied with Ron Shuebrook at the University of Guelph in Canada. After a month of independent study and exploration in Paris, Radinovsky relocated to New York to receive an MFA in painting at Queens College, studying with Robert Birmelin, Cynthia Carlson, Arthur Cohen, Tyrone Mitchell, and Jenny Snyder. As part of this degree, he also studied in Perugia, Italy, with John Walker, Barbara Rose and Don Kimes in The American University painting program.

Radinovsky was the Artist of the Year Honoree in 2008, for chashama, a New York arts organization that provides subsidized space to visual and performing artists. Known for his large scale paintings, he also produces videos exploring portraiture and fashion. In 2009, in collaboration with Ferdiko Piano Duo and classical composer José Beviá, Radinovsky created digital images which were projected in accompaniment to the world premiere of Beviá’s Three Enigmas at Merkin Concert Hall in New York. In 2012, and again in 2019, he assisted Dr. W. Douglas Armstrong in the restoration of the Hunt Family Crest totem pole on the banks of Shuswap Lake, British Columbia. In 2014-2015, Radinovsky participated in a chashama studio residency in the Arverne View housing complex in Far Rockaway, NY, where local residents had a 24 hour window into the creation of large scale artworks and access to free art classes.

Radinovsky displayed large works in a solo show in the cathedralesque lobby of 45 Broadway in 2016, and bookended 2015 with shows at the New Arts Program in Kutztown, PA, including “Pink vs. Green”, a solo show of paintings (November-December 2015), and “The Vivian Girls Grow Up”, an evolving fourteen week multimedia Project Wall, developed January 1st through April 12 (currently viewable by appointment in Sunset Park, Brooklyn -contact@deanradinovsky.org-). Recent Showings include “Observation Rift Gate: Spectators at the End of the Universe: The Forest In Winter at Sunset,” a wall-sized photo and video installation at Sensei Gallery (July 2014, Lower East Side); the Fridge Art Fairs in Miami and New York; “The Paintings of Chapel Americana” at Saint Peter’s Church, Manhattan, including the twelve by fifteen foot painting “Chapel Pastorale”; “Dean Radinovsky: Large Paintings” at Sykes Gallery, Millersville University; “Recent Works” at Penn State Harrisburg and “The Artist’s Process: Materials as Inspiration” at the Metropolitan College of New York in SoHo. His demolished “Chapel Americana”, a walk-in painted installation on 57th Street in Manhattan, was the focus of a 2010 article and video produced by WNYC 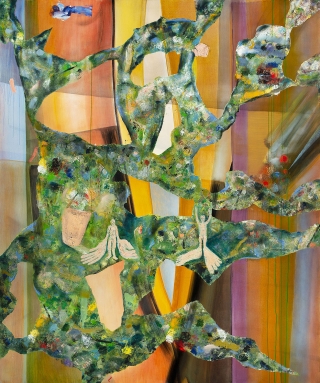