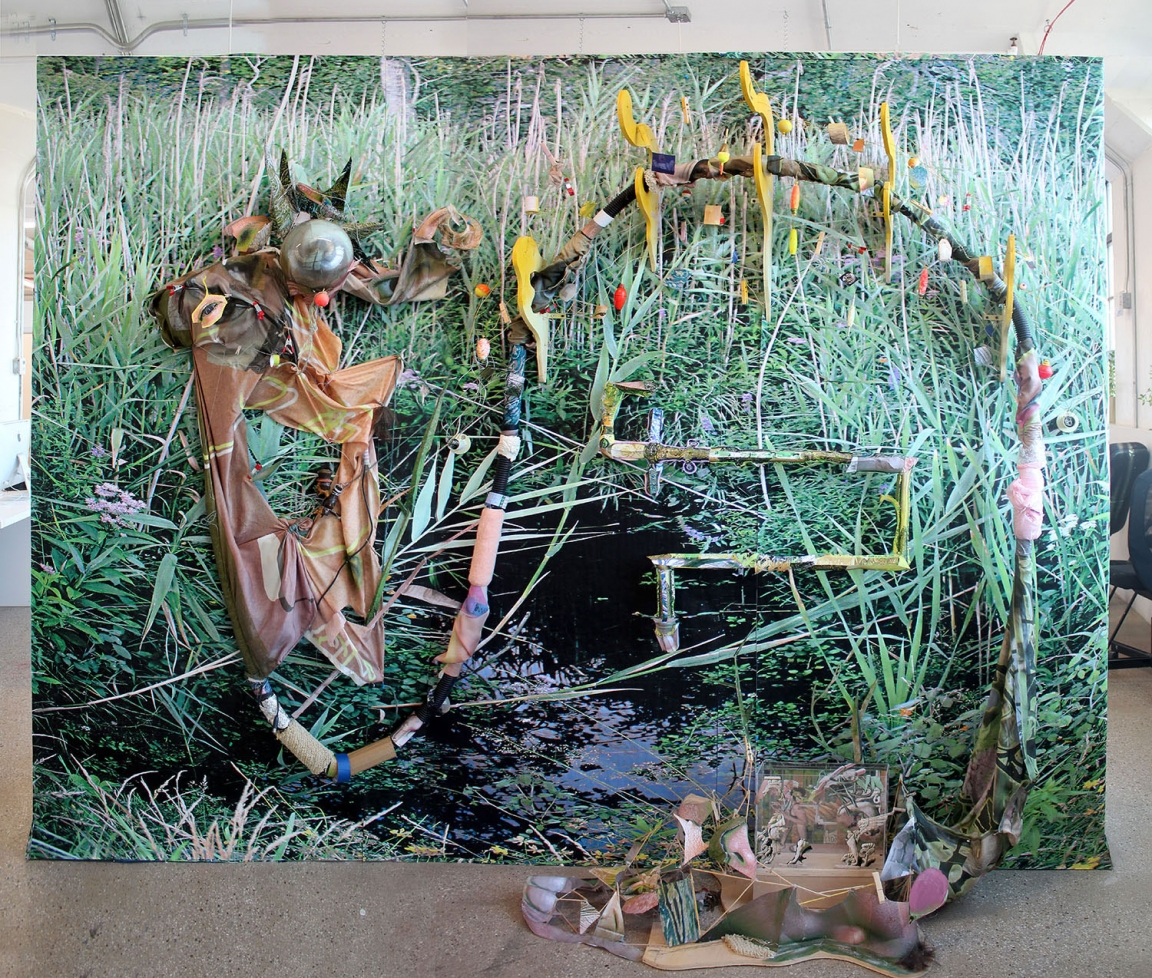 I am interested in the ways our beliefs, prejudices, and family histories shape our perceptions of the spaces we inhabit. I have made videos mining the lost history of Lower Manhattan’s ‘Little Syria’, and employed stop-motion animation as an analogue for spirit invocation in Allen Ginsberg’s former apartment. As artist-in-residence at the Queens Museum, I produced an evolving sculptural installation in conversation with the utopian architectural visions of Robert Moses. My current body of work, Almanacs, imagines the moments of daily life as material to be mined for unexpected synchronicities, larger shapes of meaning that emerge from the particularities of the play of light upon a wall or the coinciding of two unrelated sounds. Pigment prints of my photos are cut up and shaped into sculptural objects, snapshots of my family formed into hybrid beasts. Patterns appear, predictive models emerge, as in the case of weather forecasts and tide tables in a traditional almanac.

Brian Zegeer was born in Lexington, Kentucky. His works encounter the Appalachian and Lebanese landscapes of his upbringing as highly-charged networks of belonging and collective hallucination. Interventions into the visual archives, and stop-motion animations conducted in-the-field, are meant to challenge conventional narratives and enter into a more speculative relationship to history. Zegeer worked with archivists and community groups to recover the story of the Manhattan’s ‘Little Syria’ and the early 20th Century literary movement that blossomed there. He recently completed a 2-year residency at the Queens Museum, examining this history against the backdrop of Robert Moses’ transformative vision for the city, and his role in the Little Syria community’s displacement. Zegeer received an MFA from the University of Pennsylvania, attended Skowhegan School of Sculpture and Painting in 2010, and has recently shown at The Queens Museum, The Bronx Museum of Art, The Delaware Art Museum, The Jersey City Museum, Tiger Strikes Asteroid, Danese/Corey Gallery, and The Elizabeth Foundation for the Arts. 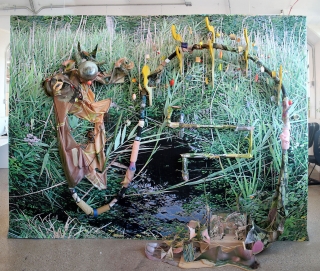