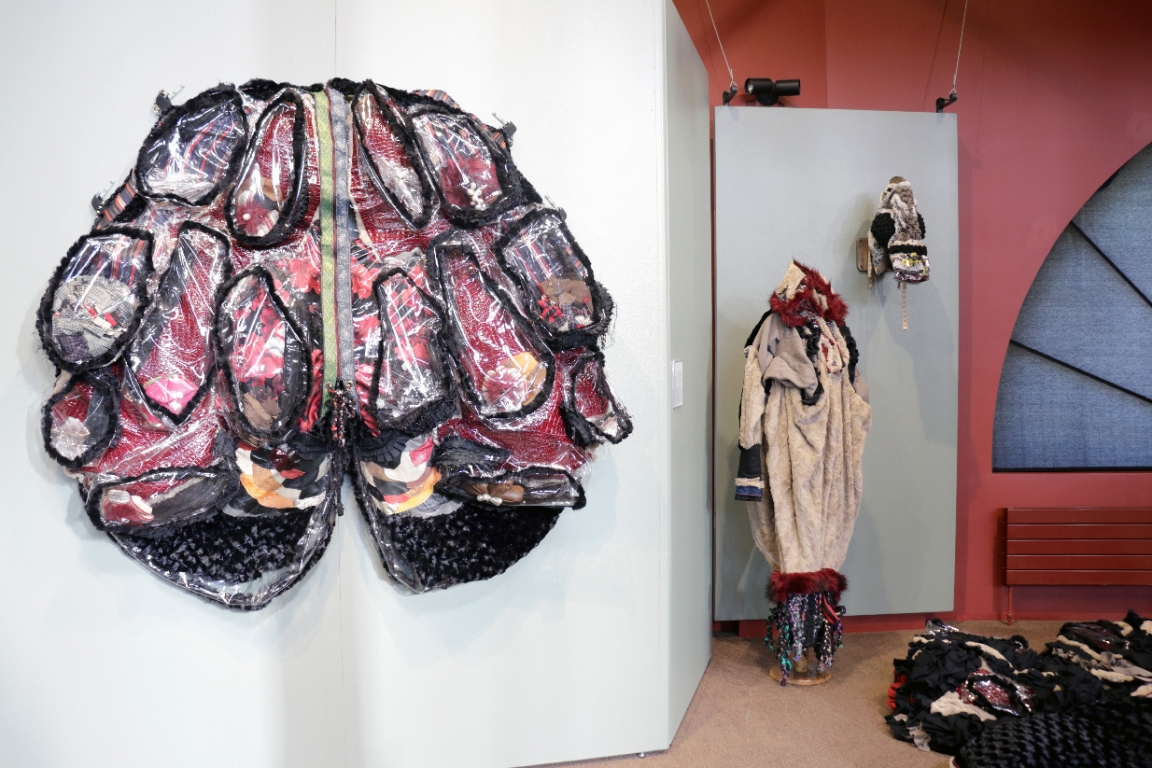 aricoco is interested in how a community could form and function where there’s no central power to thrive. Exploring the non-hierarchical system of social insects (especially ants) and their biological altruistic characteristics within their female-dominated society, she attempts to acknowledge her paradoxical phobia for insects and challenge her own vulnerability as a human, drawing a parallel with the life of an insect. Through creating environments for habitation, sculptural garments/bags and masks that serve as her protective gear, aricoco disguises herself as an insect queen, performing a ritualistic play of surrendering her “powerless” body to the habitat. 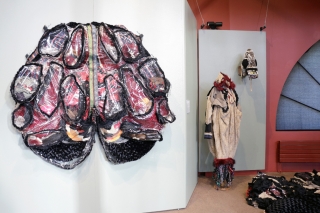