PRIDE INSIIIDE
by Stuart B Meyers

Pride is not cancelled. It’s actively being reclaimed.

This Pride month, Stuart B Meyers, a Brooklyn-based queer performing artist, choreographer, and ritualist explores the essence of Pride – a personal process of liberation – in his show PRIDE INSIIIDE. Publicly visible through the 21 Greenwich Avenue Gallery’s storefront window, Meyers builds a space for ritual, memorial, ‘werk’, and celebration. Drawn portraits of LGBTQ+ leaders – real and imagined – speak with written texts memorializing queer lives lost and calling forth queer liberation for all, especially during recent events.

Until the end of June, viewers can also watch and tip Meyers while dancing in the space to LGBTQ+ anthems of the last century for a vision of queer futurity– fabulous, felt, and free. All proceeds go to The Audre Lorde Project.

The gallery is just around the corner from the Stonewall Inn on Christopher Street – the setting of the Stonewall Riots that sparked the LGBTQ+ rights movement in 1969, and the birthplace of the first Pride March a year later in 1970. Through the window, he offers a glimpse into his own unique relationship with Pride, redefining it as a dynamic and creative process outside of the commercial realm. It is a queer practice of freedom for all people not yet manifest, but possible.

Stuart’s ritual-performance *The Shabbos Queen* has toured Brooklyn, Philadelphia, Boston, Berlin, Tel Aviv, Amsterdam & Krakow with support from Berlin’s Cultural Senate and several US-based organizations. Other works include WITCH DANCE (Berlin), KOPFKINO (Berlin & NYC), and Love Kills (for the 2019 BAM Gala) and BE YOUR OWN YENTA! (supported by the Brooklyn Arts Council).

Four New York City Avante-Garde performance artists will each receive a stipend to present daily live interactive performances at four locations throughout Manhattan that will spark your imagination. “Chashama is returning to its roots. Live window installations like we had in the good old days,” says Anita Durst, founder of Chashama.

This grant was made possible by the National Endowment for the Arts. 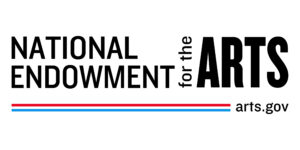