In Process: The Only way is Through
Brian McQueen

In Process: The Only way is Through an ongoing opera series by Brian McQueen. The piece combines art song with re-appropriated text to aid in telling a story of self revelation and acceptance by McQueen’s own lived experiences as a black, queer, and femme artist and human being.

Brian McQueen is a bass-baritone residing in New York City. They have appeared with the Lyric Opera Theatre of Arizona State University, the Manchester Literary Festival, Poetry International, The Metropolitan Opera Guild, and Trilogy: An Opera Company. As a recitalist, they have served as Artist in Residence at the Tohno International Arts Association, touring six cities in Japan, and was featured at Dowling International Center’s Noon Concert.

Brian holds a BA in Music from the University of South Carolina, an MM in Voice from Miami University of Ohio, and is an alumnus of the Jacobs School of Music at Indiana University. They are a 2016/17 ELNYA fellow and was most recently seen acting in the role of Cleopatra in C. Bain’s Here, Serpent in NYC.

Support for this event was provided by the New York Council on the Arts. 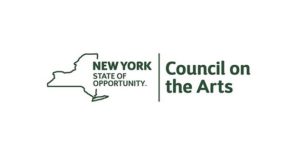